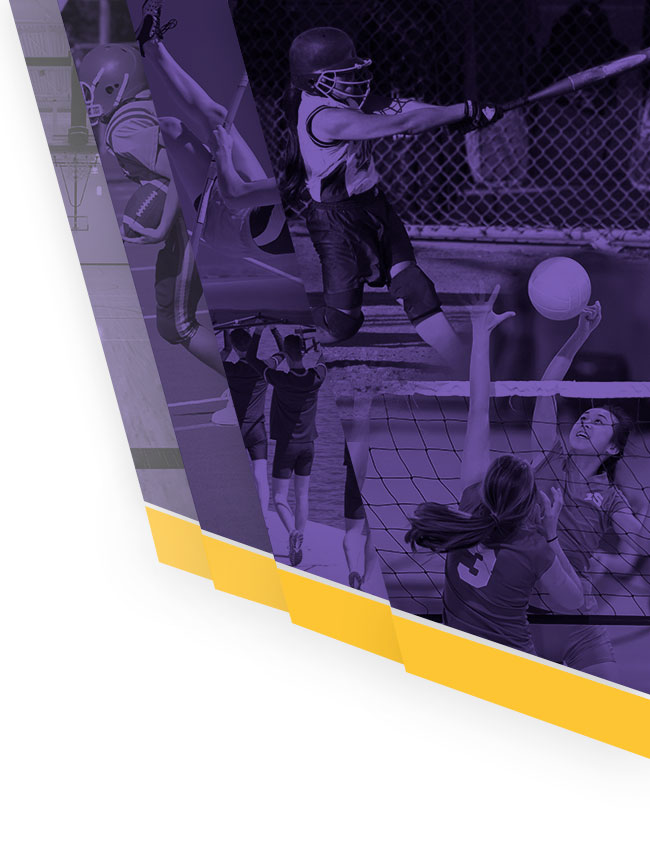 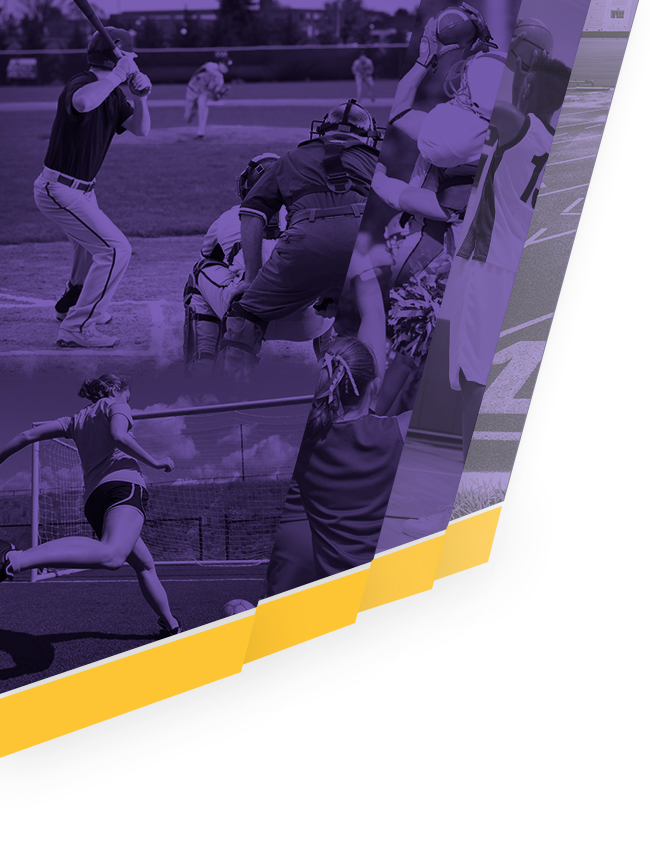 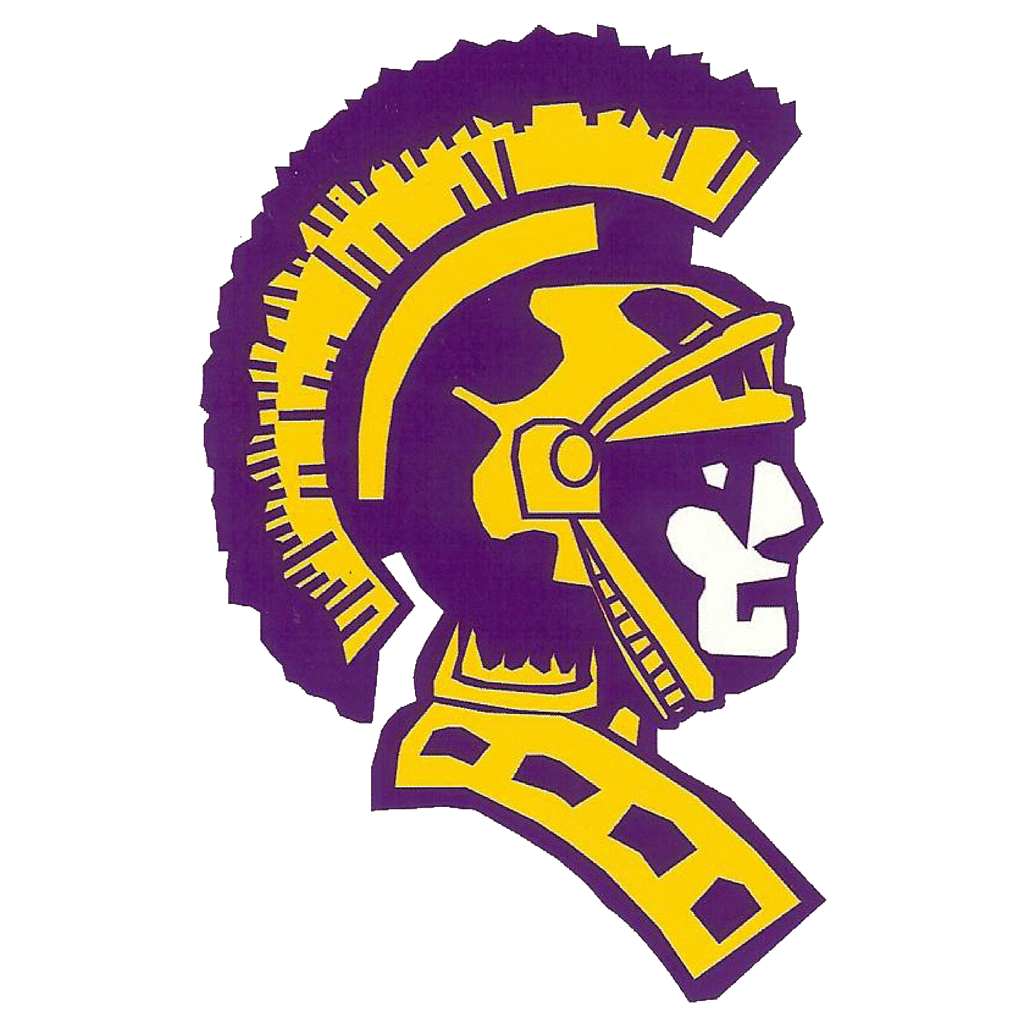 Congratulations to our Class of 2020 Hall of Fame! 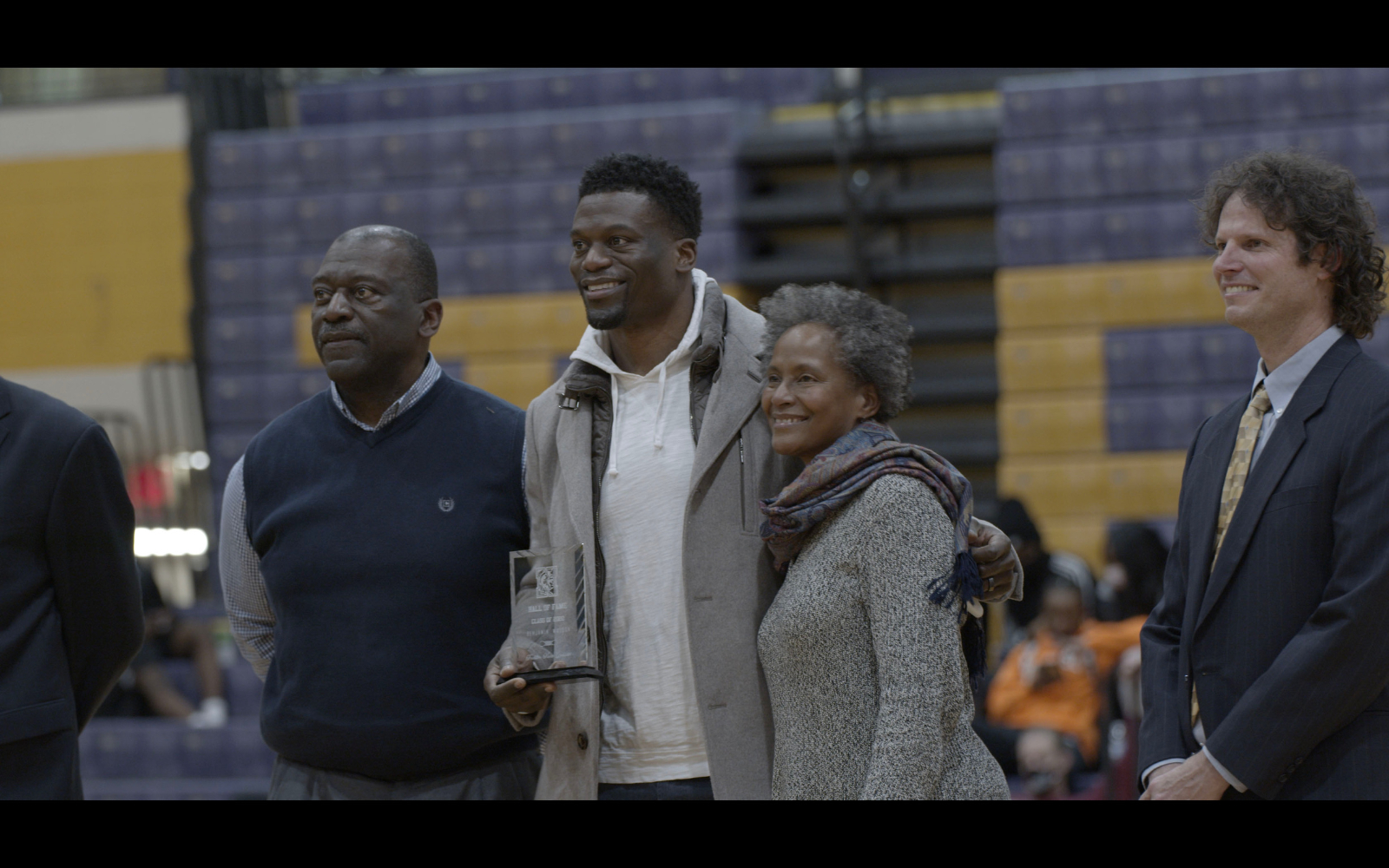 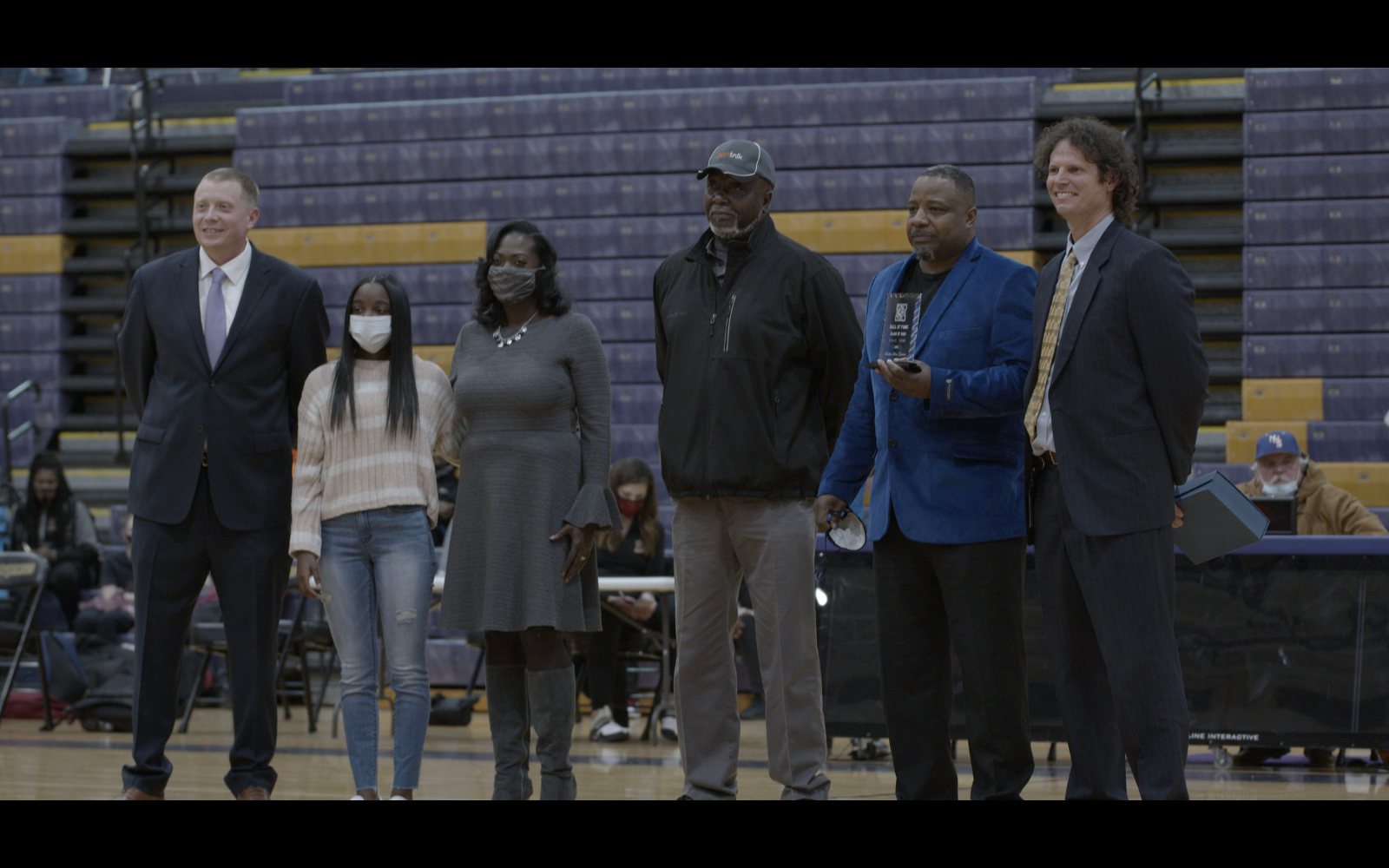 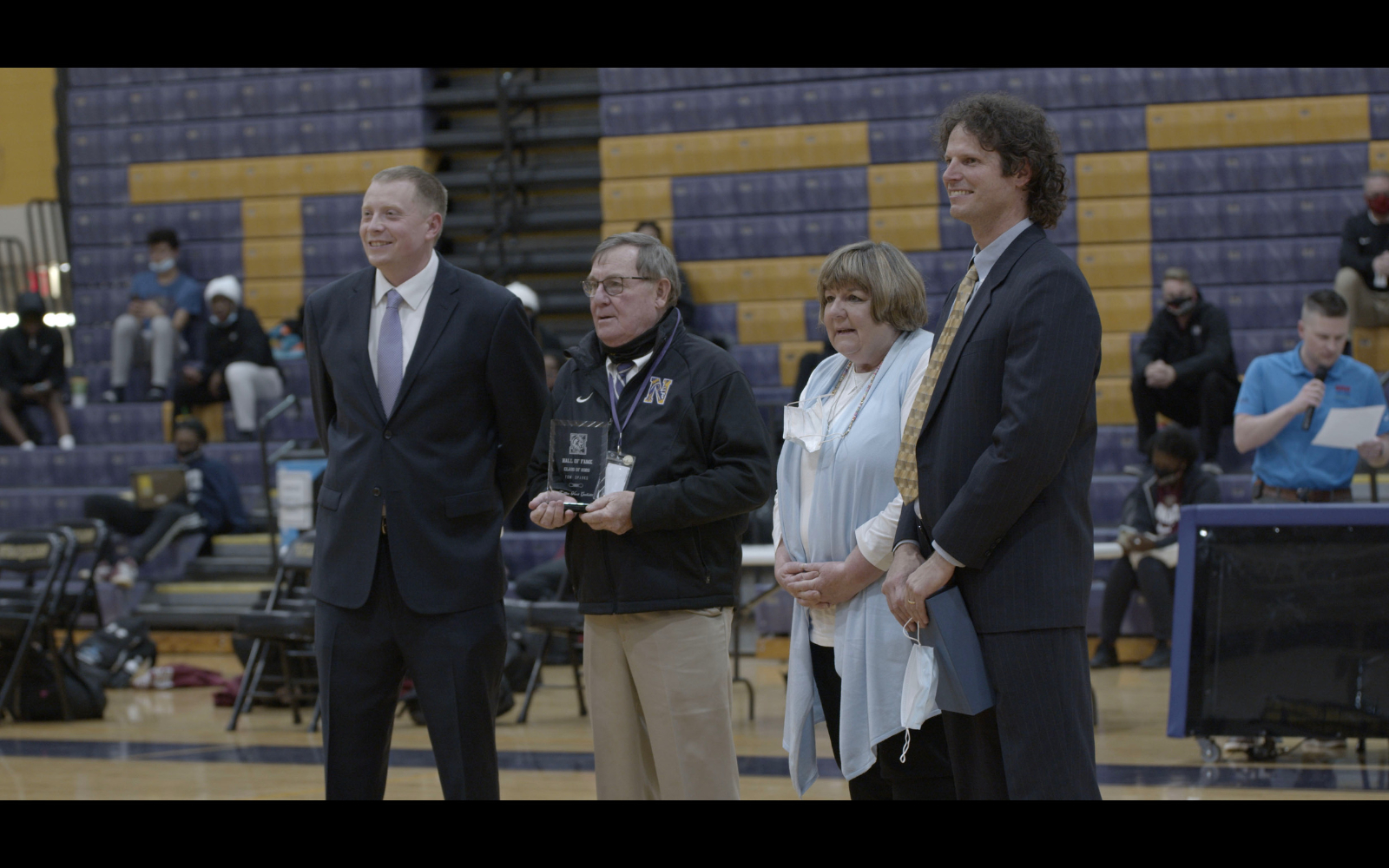 Benjamin Watson is married to Kirsten Vaughn. They have 7 beautiful children (4 boys and 3 girls). As a family, they are committed to Justice and Kindness. Currently Ben and Kirsten host a podcast “Why or Why Not with the Watsons”

Benjamin Watson is a 1999 graduate of Northwestern High School where he lettered in 3 sports: Football, Track and Field, and Basketball. The two-time All-Region selection and Northwestern High School Student of the year led his team to the state championship in his junior season. He was also the President of his high school chapter of The Fellowship of Christian Athletes, a member of the National Honor Society and Palmetto Boys State.

After his career as a Trojan, Ben attended College at Duke University for one season. He then transferred to the University of Georgia where he majored in finance and the President of the Fellowship of Christian Athletes. In his 3 seasons at Georgia, Watson had 65 catches for 852 yards and 6 TD. Ben attended the NFL combine where he scored a 48 on the Wonderlic test and tied for the third-highest score of any player in league history. He was selected by the New England Patriots in the first round of the 2004 NFL Draft. After completing 6 years with the New England Patriots in 2010 Watson signed with the Cleveland Browns. He left Cleveland to continue his football career with the New Orleans Saints in 2013. Ben Watson also played in the Shrine Bowl. Ben was inducted into the York County Hall of Fame in 2015. That same year he released his first book, titled Under Our Skin: Getting Real About Race—And Getting Free From the Fears and Frustrations That Divide Us. He spent 3 years with the Saints then the Baltimore Ravens signed him on March 9, 2016. In 2017, Ben released his second book titled The New Dad’s Playbook: Gearing Up for the Biggest Game of Your Life. In 2018, Watson became a free agent. In December of 2018, Ben signed a 1-year contract with the New Orleans Saints. In 2019, he decided to announce his retirement after 16 seasons in the NFL. During his NFL career, Ben had many achievements. He was a Super Bowl Champion, two-time Walter Payton Man of the year, and received the Bart Starr Award.

Benjamin “Benjie” Young is a 1992 graduate of Northwestern High School. Where he served as an athlete and a coach. During his time as a student at Northwestern, Benjie played football and competed in Track and Field. He received athletic honors and special recognition in his position as a Linebacker. He was awarded the most outstanding Defensive Player, two-time all-region player, Defensive Player, and All-Area player of the year. Benjie was also an All-State Player, Shrine Bowl Defensive Starter, and Team Captain. In Track, he was an all-region shot put, all state 4 x 100 relay, a 2x Top Trojan Award, Team Captain, and a Tommy Miller Award Recipient. He established many records held at Northwestern. He was a top 10 list 100m dash (10.60), coached boys 1st ever 5A 4×400 State Champions, Coached girls 4×100 and 4×400 school record holders.

In 1992-1996 he attended the University of South Carolina. While at USC he continued his football career, where he achieved many things. He was a linebacker, Carquest Bowl Champs, Rex Enright Defensive Captain Award, Best Attitude Award, Southeastern Conference Player of the Week Award vs. Arkansas, Portrait Player of the Week, and Hall of Captains Award – S. Carolina.

Benjie has worked for Rock Hill School District #3 for 24 years. Benjie has coached football and track and field at Northwestern and South Pointe High School (Head Coach – 2009/2010). Benjie would like to thank his family, friends, coaches, co-workers, and teammates for all their influence/support throughout his career. Benjie would like to thank the players and their parents for allowing him to coach their daughters/sons. His passion for seeing others overcome obstacles to reach their highest potential lead him back to Rock Hill, SC to coach. This passion and drive to be the best helped him return to the field at S. Carolina after his back surgery his sophomore year.

Benjie is happiest with his wife of 22 years Lisa raising their two daughters, Jessica, and Jada in his hometown of Rock Hill, SC.

Dr. Tom Sparks is married to Patty. He is the father of 2 children Ryan and Casey. Dr. Sparks is a 1971 graduate of University of Tennessee Chattanooga. He was a professional baseball player for the Braves organization from 1973 until 1976. His achievements include being the Captain of the Baseball team and Most Valuable Player in 1971. He received the Chattanooga/Hamilton County Baseball player of the year. Dr. Sparks was inducted into the UT-Chattanooga Hall of Fame and the Chattanooga/Hamilton County Hall of Fame.

Tom is well known at Northwestern High School for many things. He came to NHS in 1984, where he was a teacher in the Math Department. He also served as the Head Softball Coach in 1985 and Assistant Baseball Coach from 1991-1996. Dr. Sparks left Northwestern and then returned in 2010. He is the first and only recipient of the Boomerang Award that was given to him by Pete Goodson. He would leave but always come back. Went to Clover came back, went to Orangeburg came back.

Tommy Sparks to friends and Dr. Sparks to students –is a man who walks beside those he loves and admires. He is always asking how he can help students, teachers, and friends. He gives selflessly to anyone who is in need.

Tommy Sparks is a servant leader. He is a man who serves all—his family, his country, his school, and his Yankee baseball team. He serves others and does not ask for anything in return. What he doesn’t realize is what he does get in return—he has the love, respect, and admiration of all who are blessed to know him.

He was always the AP who put teachers and students first. He never forgot what it was like to be in the classroom and always made decisions that would allow learning to continue while providing positive/supportive discipline when needed. He is a true lifelong friend.

Yogi Berra said, “It ain’t over ’til it’s over.” Tommy Sparks—it ain’t over’ it has only just begun!